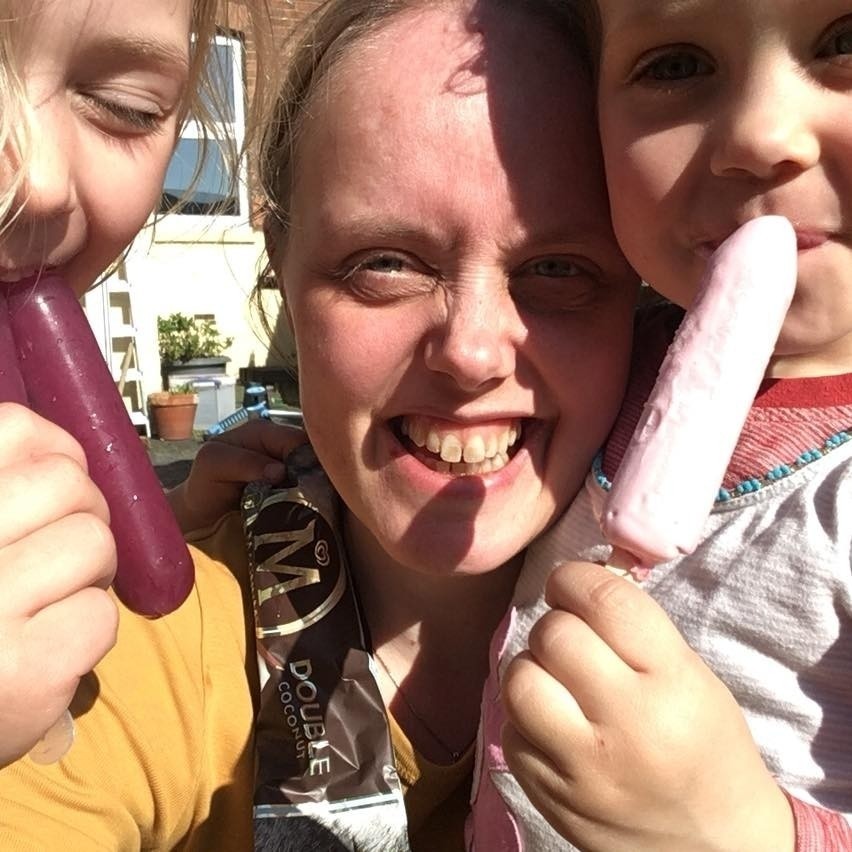 Dr Karla Holmboe is a fellow at the University of Oxford funded by an MRC Career Development Award.

Karla took part in the second round of SUSTAIN in 2017-18 as an MRC funded participant. We spoke to her about her research, and her experience of SUSTAIN.

Tell us about your research, and what you are hoping to achieve

What do you think is the biggest challenge that you face doing your job, and has that changed since SUSTAIN?

The biggest challenge I’m facing in my job is balancing research with family life. This is still a challenge – however, meeting other women at similar career stages has made me realise that I am not alone; in fact, most mothers in academia struggle with this at one point or another. That feeling of not being alone is very important to me and gives me more confidence that I can find a good balance. Besides, because of SUSTAIN, I now have a fantastic network of other women who I know will help me through any challenges ahead.

What did you gain from participating in SUSTAIN?

Thanks to SUSTAIN, I have become a more confident communicator - the SUSTAIN programme provides exceptionally good training in communication skills. You are thrown right out of your comfort zone and forced to step out of the crowd (or in front of the rolling camera!) and speak about your research in a way that is accessible and clear. These are skills that early career researchers are not generally trained in, which is surprising given that communication is at the core of what we do and a major output of our work (like articles, talks and other types of presentations).

At the end of my year on SUSTAIN, I was asked to give a short speech at the closing reception. A year ago, this would have seemed like a huge challenge, but the training I received gave me the courage and confidence to step up!

Tell us about your experience of SUSTAIN.

One my favourite aspects of the SUSTAIN programme was meeting other women, from around the country, at a similar career stage to me. What I think is special about SUSTAIN is that it brings together a group who are from different fields, institutions and departments, and so as a cohort we were free from internal politics and competition, which I found liberating. We got to know each other well in a short space of time, and the group became a safe place to discuss difficult things at work and in life in general. As such, the peer mentoring went beyond our initial peer mentoring pairings, and I feel that a network for life has been created in the process, that would not have existed had it not been for SUSTAIN.

How do you think SUSTAIN will affect your future career?

I think SUSTAIN has improved my understanding of how vital communication skills are and how I need to maintain and improve these skills in the coming years. SUSTAIN has given me more confidence, both in the value of my work and also in my role in science. There will no doubt be many more ups and downs in my career, but I feel more bolstered against the challenges than I did before.

Over the coming years there will be decisions to make in terms of what kind of job I want in the future, where I want to live, and what will be best for my family. Being part of the SUSTAIN alumni network, and more generally the Academy of Medical Sciences ‘family’, I feel certain that should I need support and mentoring through these difficult transitions, somebody will be there for me (as I will be there for them), and that will hopefully lead to better long-term decisions being made.

Is there anything else you’d like to say about SUSTAIN?

SUSTAIN has been an invaluable experience for me, and I hope, with all of my heart, that the programme will continue for years to come. SUSTAIN undoubtedly brings much needed support to women in science at the critical stage of their transition to independence. I feel that the benefit will not solely be gained by the cohorts of women who take part in the programme; the SUSTAIN programme benefits science and society in a more global way by promoting diversity, supporting gender equality, putting female scientists into the spotlight, and, perhaps most importantly, retaining brilliant scientists at a stage where all too often, they currently leave.

To find out more visit the SUSTAIN Programme page.

If you want to learn more about how to set up a programme like SUSTAIN in your organisation, please get in touch at sustain@acmedsci.ac.uk.