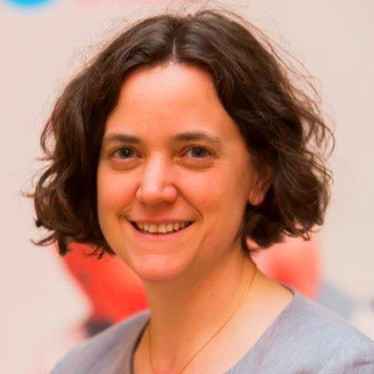 Connection to the Academy: Starter Grants for Clinical Lecturers awardee

Dr Noémi Roy was awarded a Starter Grant in December 2014.  Here she tells us more about her research project and how the award from the Starter Grants scheme has influenced her career.

What did you seek to do with your Starter Grant?

My work focuses on a very rare type of inherited anaemia (CDA-1) where the bone marrow is unable to make normal red blood cells.  We understand what causes it in 85% of cases, but even the cases where we know which gene has gone wrong (e.g. Codanin), we do not know how those genes work in normal individuals or how they go wrong in CDA-1.  Therefore we decided that it would be necessary to develop a mouse model called “conditional knock-out” where we were able to delete codanin only in the developing red blood cells of mice.  The ultimate aim of the project was to find new partners of codanin, which would allow us to be able to diagnose the remaining 15% of unexplained cases, but also to improve the treatment options available for patients with anaemia.

How did it go?

This project has definitely not been short on challenges!  Initial attempts to knock out the gene only in developing red blood cells were unsuccessful.  The next step was to try and control more precisely when the knock-out was happening, but these attempts were also unsuccessful.  The inability of the cells to survive when we removed this gene completely meant that we had to start looking for alternative ways of studying how this gene goes wrong.  We turned to 2 alternative sources- samples from patients themselves, and modifying immortal red blood cell lines using genome editing so that we introduce the same mutations as in patients.  This work is ongoing.  The samples from patients were identified by developing and implementing within the NHS the first high-throughput sequencing genetic test for rare inherited anaemias in the UK: link.

What has been the impact of the award on your career?

I was also delighted to be allocated a mentor from the Academy, as the mentor has given me great confidence and perspective, made me see all of the achievements I had attained and allowed me to see more clearly how certain decisions I had to make would be able to lead me to my long term aspirations. I feel very privileged to have received this grant.  It has opened a lot of doors for me, and given me the chance to develop and expand my own research.

Liberal Democrat Party Conference 2021 - Becoming a “science superpower”: will the UK be fit to tackle the next global crisis?