The future of behaviour change interventions

An overview of the future of behaviour change interventions, with reflections from Professor Harry Rutter. This blog is part of a series for the 2019 Rosenthal symposium: Behaviour change to improve health for all.

Complex problems and the role for emerging technologies

Despite extensive efforts to learn more about the behavioural, social, and environmental determinants of health, and an increasing understanding of how they can be manipulated in ways that should help people make better health-related decisions, non-communicable diseases and other public health problems are a growing concern in nations across the world, not least in the UK and America.

Why are these issues so difficult to mitigate at the population level, and why is our current understanding inadequate? And what innovations and advances can be expected to help matters in the future? These questions framed the focus of the third and final session of the 2019 Rosenthal symposium.

The session reflected on the limitations of the evidence base on which we currently rely when implementing interventions deigned to improve health through behaviour change, discussed briefly below. With these in mind, the remainder of this summary provides an overview of the role emerging technologies could play in tackling these difficult public health issues, and the ways in which we can help ensure their potential is fulfilled.

Biases in the current evidence base underpinning behavioural interventions

There are many seemingly good ideas by which public health challenges could be tackled to improve people’s health. However, speculation is just that and, in reality, only a few behaviour change interventions have been empirically shown to be effective. Even fewer have been demonstrated also to be cost-effective.

This paucity of evidence is compounded by a skew in the evidence base towards individual- rather than population-level interventions, partly driven by the practical consideration that it is easier and cheaper to test effectiveness in small groups of people over the short term than it is to assess the impact of population-level actions in large groups of people over the medium to long term.

While individual-level behaviour change interventions are an important component of work to tackle complex problems such as obesity they are only very rarely sufficient to solve a problem on their own. They may also be more likely to widen inequalities than more structural, upstream interventions. 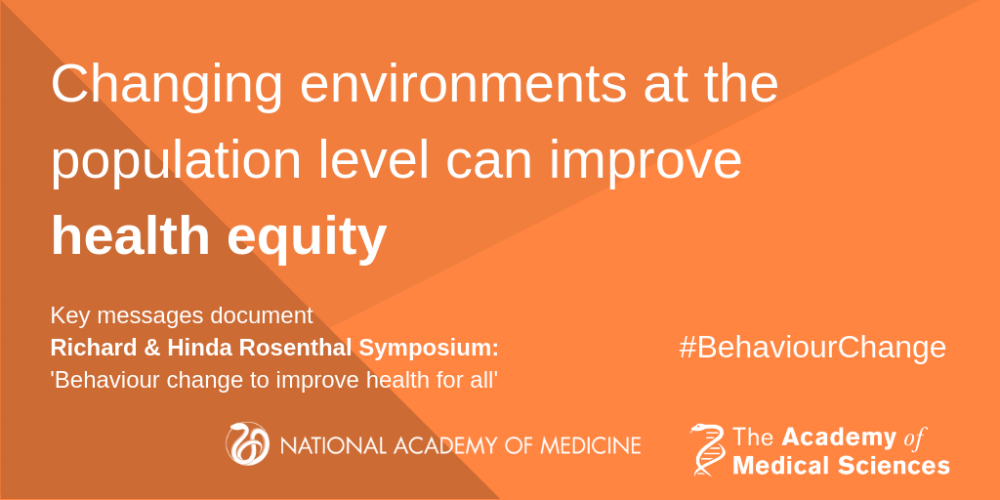 A complex systems approach to generate a more relevant evidence base

One way to help overcome the bias in the current evidence base is to recognise that public health problems such as obesity are not merely complicated, they are complex.

Complicated challenges may be difficult to resolve, but they are nonetheless to some extent controllable. Building a rocket and sending people to the moon, for example, presents an enormous challenge, but it is fundamentally grounded in manageable and predictable principles of physics and chemistry. Conversely, complex issues are underpinned and influenced by many interacting and inconsistent factors, all embedded in a continuously changing environment. Perhaps the best example of this is raising a child - there is no set formula to follow, the goal posts are always shifting, there are multiple different approaches one could take, and there is no end of conflicting advice!

To mitigate public health problems such as obesity more effectively we need to acknowledge their complexity and accept that any given intervention should account for the dynamic interconnecting factors involved. It is also important to appreciate that an intervention may well affect the context – or system - in which it is introduced (which is, in many ways, the point). This adaptation by the system may make it very hard to tease out the contribution that intervention may have made, had other parts of the system been constant.

For example – in a simple world, one might expect that increasing the price of sugary drinks would limit consumption, and in turn reduce obesity rates. The reality, however, is less clear-cut. The system in which the sugar tax has been introduced changes and adapts – manufacturers may change their pricing structures, retailers might increase advertising and promotions, and other interest groups might work to undermine the evidence underpinning the intervention. It is worth noting that these adaptations can also be positive, such as soft drinks makers reformulating their products to reduce the amount of sugar in them.

Unfortunately, this can mean that as well it being difficult to predict how any given intervention will perform, it is equally difficult to evaluate its success. Important challenges remain for us to find more effective ways to design, implement, and evaluate interventions that address complex issues. There may be a particularly valuable role for emerging technologies in this endeavour.

How can we simplify complex issues? The value of mathematical and computational modelling

One way to tease apart the complexities of real world problems is to make use of computational and mathematical models as a tool to test potential solutions to a given problem before committing real – and often limited - resources to it.

As an example, Professor Bruce Y. Lee outlined his work at the Global Obesity Prevention Center, which uses computational simulation modelling within a virtual platform called the Virtual Population Obesity Prevention. This tool has been used to great effect to test possible strategies for obesity prevention. Entire cities can be modelled such as Baltimore, New York City and Mexico City. As can individual people and the specific environments in which they might interact, such as households, schools, gyms, parks, grocery stores and fast food restaurants. This allows the research group to test numerous different potential policies and interventions within a model before trying them in real life. 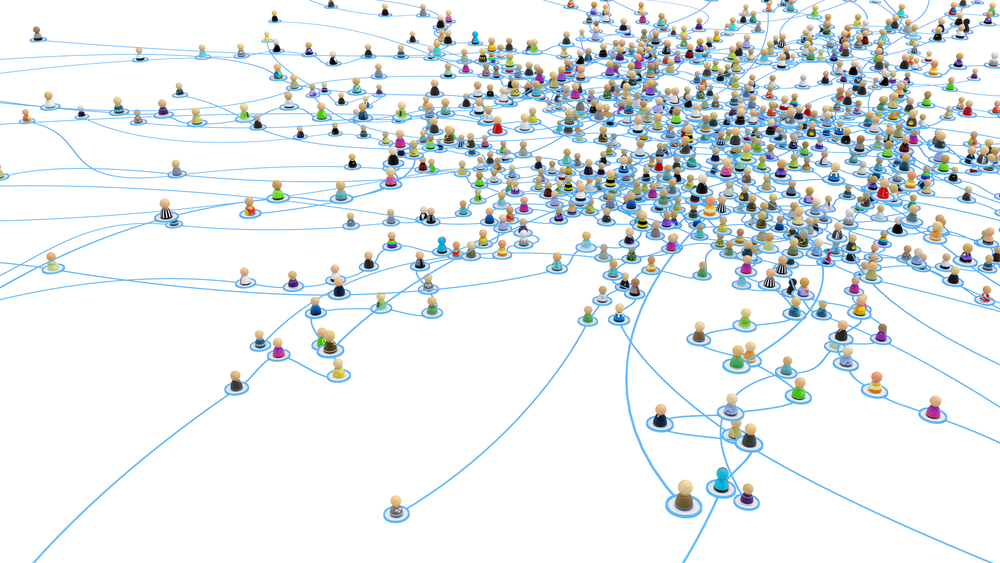 Tackling the pressing health and environmental problems facing us depends on changing behaviour of many types of ‘actor’ in complex systems.  Using research evidence to guide how best to intervene is hampered by its complexity, heterogeneity, poor reporting and variable quality and quantity.  There is a rapidly increasing amount of published research evidence about behavioural change interventions; more than conventional literature review and evidence synthesis methods can deal with and human capacity can make sense of. This is a great waste of the investment in research. A potentially powerful approach to analysing such complex data is to develop and apply algorithms from artificial intelligence (AI) and machine learning to identify, extract, synthesise and interpret up-to-date evidence at scale.

The Human Behaviour-Change Project aims to do just this, using AI to help people find answers to the question: ‘What intervention(s) work, compared with what, how well, with what exposure, with what behaviours, for how long, for whom, in what settings and why?’

As explained by Professor Susan Michie FMedSci FSocSci, the Human Behaviour-Change Project is a collaborative endeavour between behavioural scientists, computer scientists and systems architects. The behavioural scientists are creating a Behaviour Change Intervention Ontology to organise the knowledge extracted from the research literature.  The resulting Knowledge System will be accompanied by an interface designed to enable a wide range of users, including scientists and policymakers, to get answers to their questions based on up-to-date evidence tailored to their needs and context.  By revealing patterns that can’t be detected by humans using current methods, the Knowledge System will have the capacity to generate and test new hypotheses, thereby advancing our understanding of human behaviour and increasing the effectiveness of interventions.

We have an exciting future ahead of us, and increasing use of modelling and AI approaches will help us make more tangible progress towards tackling some of the most intractable public health problems of our time.

What else does the future hold, and how can we ensure the future is bright?

The internet gives us free access to vast quantities of potentially valuable advice on all aspects of health. However, it may be extremely difficult for people to identify what health advice they can trust and what they should ignore.

Nonetheless, if used well, the internet and other emerging digital technologies – such as wearable devices and sensors – could play an increasingly important role in improving health. In the last presentation of the Rosenthal symposium Professor Lucy Yardley reflected on the ways in which this ambition could be most readily realised.

In particular, to ensure emerging technologies are relevant to those most in need, they should be iteratively designed and informed by both the developers and the end-users themselves. A dialogue between private and public sectors, including the NHS, should be encouraged in order to facilitate the collaboration needed to develop, implement and improve digital public health interventions.

It is important to remember that complex health issues often – but not always - require complex responses. Innovative digital interventions to improve health will need to be carefully designed and adapted to a very wide range of contexts, and will need to be constantly updated. Research funding and academic reward systems need to adapt to become better suited to answering these complex challenges, and new partnerships between researchers, policymakers and practitioners will help drive effective interventions to tackle public health problems and achieve long term goals of health equity across populations. 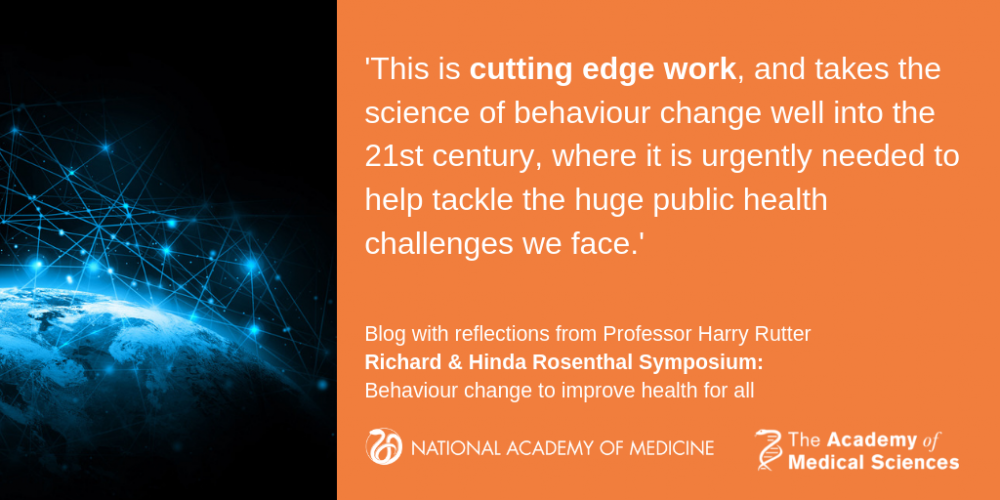