Professor Dame Anne Johnson has been elected as the next Academy of Medical Sciences President, taking over the post from Professor Sir Robert Lechler on 3 December 2020.

Dame Anne will be the 6th Academy President. Presidents of the Academy of Medical Sciences serve for up to five years.

“It is an absolute honour to be elected President of the Academy of Medical Sciences at a time when medical research couldn’t be more crucial to people’s heath in the UK and globally.

“The pandemic has reminded us all just how precious our health and wellbeing is and has highlighted the importance of independent evidence, and integration of the clinical, public health, social and discovery science responses to a health and societal challenge of unprecedented scale in our lifetime.

“I will lead the Academy to create an environment where the full spectrum of high quality health research can thrive and networks are created between leading researchers throughout the UK and globally.

“My priorities will include promoting  research excellence and collaboration which extends across geography and background, improving research culture and careers so everyone can thrive, ensuring global collaboration continues to flourish after we have left the EU, and helping UK research recover from the significant setbacks as a result of the COVID-19 pandemic.” 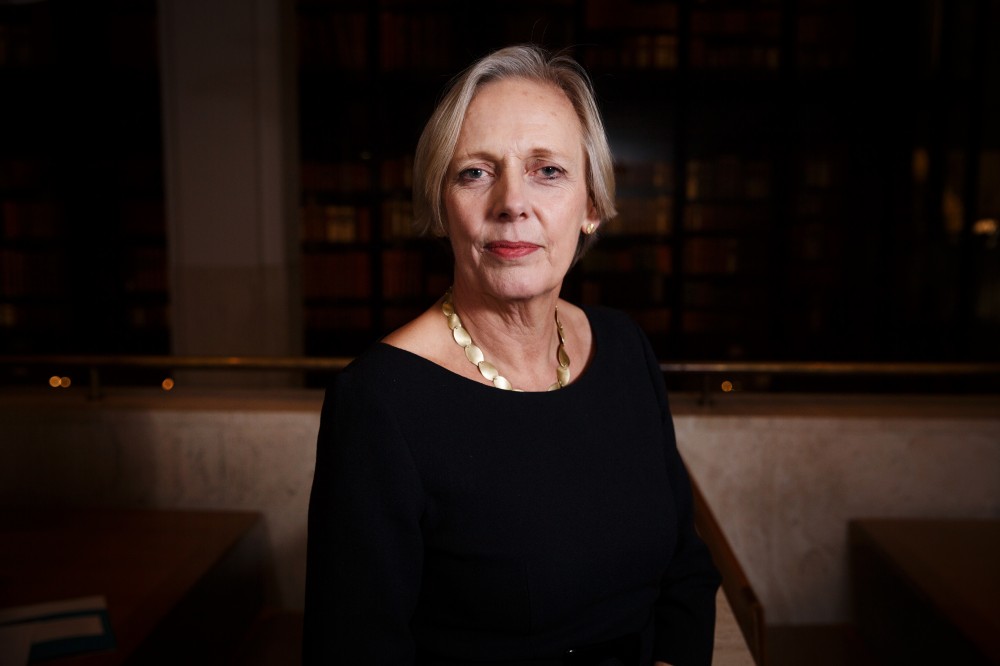 Professor Dame Anne Johnson (DBE MD FMedSci FRCP FFPH FRCGP) was elected a Fellow of the Academy in 2001 and has had a distinguished career in epidemiology and public health*, working on topics including HIV/AIDS, influenza and diagnostics for infectious diseases. She has contributed to many high profile advisory groups in the UK and internationally, including as Chair of the UK Committee for Strategic Coordination of Health of the Public Research (SCHOPR) and has won many prestigious awards. She was made Dame Commander of the British Empire in the 2013 Queen's Birthday Honours List and is currently Professor of Infectious Disease Epidemiology at University College London and Co-Director of UCL Health of the Public.

Current Academy President, Professor Sir Robert Lechler PMedSci, welcomed the news, saying: “Anne has already had a significant impact on Academy work including chairing an influential working group on Health of the Public 2040 and by being central to our response to the COVID-19 pandemic.

”I am delighted to hand over the Presidency to someone with such a clear vision and enthusiasm to ensure that the Academy continues to enable UK and global research to improve health throughout the COVID-19 pandemic and in decades to come.”

Professor Paul Stewart FMedSci, Academy Vice-President (Clinical) and Chair of the Search Committee which oversaw the election process said’: “I am thrilled to welcome Dame Anne Johnson as the next Academy President. Her election follows a rigorous process to identify the best candidate - with a focus on making sure that a diverse range of candidates were encouraged to put themselves forward for consideration. In practice this meant seeking out and having conversations with many potential candidates, in a process that was inclusive across the entire Fellowship as it related to gender, ethnicity and geographical diversity. This extensive search for potential candidates was followed by a comprehensive interview process. We are pleased to have selected a new President that will be able to effectively lead the Academy through such a significant time for medical science.”

For more information or to request an interview, please contact Naomi Clarke, Senior Communications Officer at the Academy of Medical Sciences at naomi.clarke@acmedsci.ac.uk or 07903 158979. For out of hours media enquiries please call 07969 082520 or 07903 158979.

The Academy of Medical Sciences is the independent body in the UK representing the diversity of medical science. Our elected Fellows are the UK’s leading medical scientists from hospitals, academia, industry and the public service. Our mission is to advance biomedical and health research and its translation into benefits for society.

We are working to secure a future in which:

Anne M. Johnson (DBE MD FMedSci FRCP FFPH FRCGP) is Professor of Infectious Disease Epidemiology at University College London and Co-Director of UCL Health of the Public programme. Since 2011 she has been Chair of the UCL Population and Lifelong Health Domain and was Vice-Dean for External and International Relations from 2015-2018. From 2007-14 she was founding Co-Director, UCL Institute for Global Health. From 2002-2010 she was Head of the Department of Primary care and Population Sciences and then Director of the Division of Population Health. After training in medicine in Cambridge and Newcastle, she specialised in Epidemiology and Public Health. She has worked in research in the epidemiology and prevention of HIV and sexually transmitted infections and other infectious diseases for over 35 years. She co-directed the Medical Research Council, UK Centre for Co-ordinating Epidemiological Studies of HIV and AIDS from 1985 until 1999. She was principal investigator on three decennial  National Surveys of Sexual Attitudes and Lifestyles from 1990. Her research portfolio includes international HIV cohort studies, behavioural intervention studies and community study of the epidemiological and immunological determinants of seasonal influenza transmission. She is an investigator on the I-Sense project developing novel diagnostics and pathways for infectious disease detection and on Viruswatch, a population study of Covid -9 transmission. Her studies have included collaborations with international colleagues in Europe, and Africa.

She has advised a number of national and international bodies. This includes Deputy Chair of the MRC Infection and Immunity Board from 2004-2007, Member of Department of Trade and Industry Expert Advisory Group, Foresight Detection and Identification of Infectious Diseases Project from 2004-2007, Member of the DoH Specialist Advisory Committee on Antimicrobial Resistance from 2001-2007, Member Working Party on Public Health: Ethical Issues (Nuffield Council for Bioethics) in 2007. She was Chair of the MRC Population Health Sciences Group and member of the MRC Strategy Board until end 2010. She was a member of the Adaptation Sub-committee of the Committee on Climate Change until 2018. From 2011 to 2018 she was a member of the  Board of Governors of the Wellcome Trust. Since 2017, she has Chaired the UK Committee for Strategic Coordination of Health of the Public Research (SCHOPR) .

She was awarded the Alwyn Smith Prize by the Faculty of Public Health in 2016 and the ASPHER Andrea Stampar medal in 2017. She was made Dame Commander of the British Empire in the 2013 Queen's Birthday Honours List.

Anne Johnson was elected to the Academy in 2001. She chaired the Academy’s Health of the Public 2040 Working Group and in 2018 became the Academy’s Vice-President (International).

Anne has been at the forefront of the Academy’s response to the COVID-19 pandemic including the development of the Academy report ‘Preparing for a challenging winter 2020-21’  and the convening of our All-Fellows meeting and reference group. She is also a member of the Royal Society’s Data Evaluation and Learning for Viral Epidemics (DELVE) group.