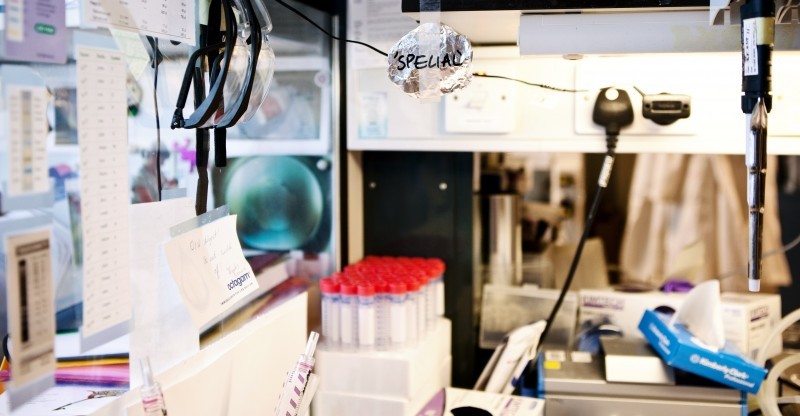 Dr Nitzan Rosenfeld, a Senior Group Leader at the Cancer Research UK Cambridge Institute, has been announced as the winner of the Foulkes Foundation Medal 2015.

The Foulkes Medal is awarded biennially to an outstanding bioscience researcher within ten years of completing their PhD.

Dr Rosenfeld's career has so far spanned across several disciplines and industries where he has made seminal contributions as he moved through them, with some of his most prominent contributions being his recent work in cancer research, in the field of circulating cancer DNA.

Trained as a physicist and later obtained a Ph.D in systems biology, Dr Rosenfeld began working in translational research within Rosetta Genomics Ltd, where he was instrumental in making the company a leader in microRNA-based diagnostic tests for cancer.

In pursuit of his vision for molecular cancer diagnostics, based on circulating cancer DNA, Dr Rosenfeld left industry and moved to the UK to work as a group leader at the Cancer Research UK Cambridge Institute. There, within his first year, his laboratory became one of the few worldwide to obtain accurate data on circulating cancer DNA in patient plasma.

His recent work, with partners at the Cambridge Institute, proved how circulating cancer DNA is a better way of monitoring how a patient responds to treatment for metastatic breast cancer. A similar collaboration resulted in a method for the sequencing of circulating cancer DNA that can identify cancer mutations during treatment.

Dr Rosenfeld will receive the Medal at the Academy of Medical Sciences' AGM on December 3, along with a cash prize.

As part of the award, he will be invited to deliver a lecture on his research at the Academy’s annual Spring Meeting for Clinician Scientists in Training at the Royal College of Physicians in London, in February 2015.

“I am delighted that the 2015 Foulkes Foundation Medal has again been awarded to such a deserving scientist. Dr Rosenfeld has made a significant contribution to advancing many fields of medical research through his work in both academia and in industry. His achievements have been remarkable for such an early career stage.  I am sure he will continue to be at the forefront of research  for years to come."

“The Foulkes Foundation Medal recognises the talent of young and promising biomedical researchers. This year's winner, Dr Rosenfeld has made key contributions to cancer diagnostics and provided strong foundations for the use of circulating cancer DNA in monitoring and studying the disease. I look forward to seeing his career develop, building on his success to date.”

The Foulkes Foundation was established in 1972 by Dr Ernest Foulkes CBE HonMD HonFRCP, with the  aim of promoting medical research, the training of scientists and the study of medicine. The Foulkes Foundation Medal has been awarded biennially since 2007 and administered by the Academy of Medical Sciences to a clinical scientist who has shown outstanding achievements in research within ten years of being awarded their PhD.

"It is an honour and privilege to be selected for the Foulkes Foundation Medal. The objectives of the Foundation and of the Academy of Medical Sciences, and the breadth of its activity across different disciplines and organisations, align with my personal goals and interests that I have pursued throughout my career. I am delighted at this vote of confidence and encouragement to further promote research that aims to influence medical practices and policies."

Giorgio De Faveri at the Academy of Medical Sciences