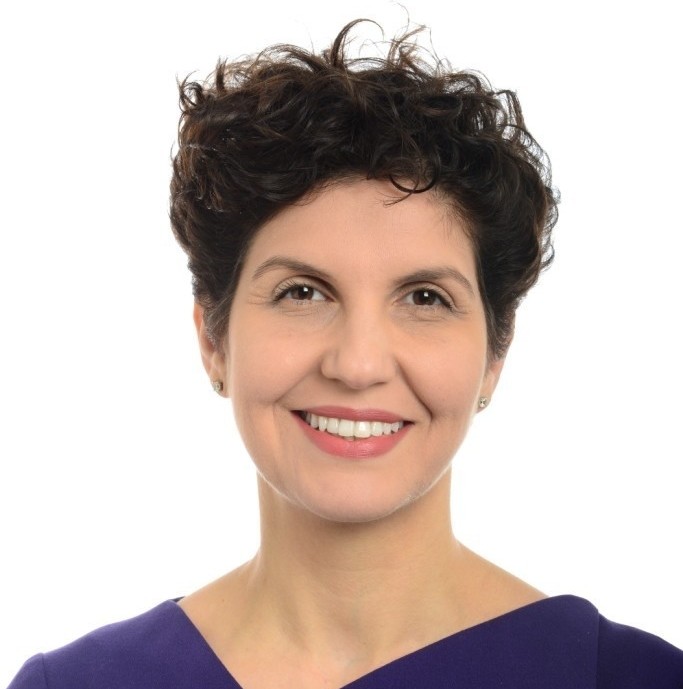 Connection to the Academy: Starter Grants for Clinical Lecturers awardee

Dr Victoria Salem tells us more about how her award from the Starter Grants for Clinical Lecturers scheme has influenced her career.

Could you give us an overview of your research interests?

Type 2 diabetes is a disease that continues to rise unabated in the Western world, often with devastating consequences.  The major contributor to the rise in Type 2 diabetes is obesity, arguably the world’s greatest modern health crisis.  As a doctor, I am frustrated that we still have no effective drugs to reverse unhealthy weight gain and prevent or cure type 2 diabetes.

At the moment the only realistic cure for type 2 diabetes and obesity is bariatric surgery – a major and life changing operation.  My research aims to safely re-create the effects of surgery in the form of a medicine - by modifying natural hormones to reliably induce long term weight loss and reverse the condition.

A special type of fat (called brown adipose tissue - BAT) is known to increase the speed of a person’s metabolism when activated - it burns calories to produce heat. There is lots of research into drugs designed to activate BAT to aid weight loss. With my starter grant, I researched new compounds that would help us image BAT in humans.  I also studied, for the first time in humans, whether a hormone called glucagon activates BAT.  This type of knowledge is vital for the development of safe and effective cures for obesity and type 2 diabetes.

What has been the impact of the Starter Grant award on your research career?

After my PhD, I was awarded an NIHR Clinical Lectureship.  This gave me protected time to pursue my research interests but no significant funds for research consumables.  At the same time, I had to finish my specialist training in Diabetes, Endocrinology and General Internal Medicine, juggling long hours at the hospital as well as being mum to my three young children.  This starter grant was instrumental in allowing me to keep my research going and maintain the competitive edge that I needed to apply for larger intermediate fellowships.

I won the starter grant quite early on after my PhD, and the panel feedback was exactly what I needed to keep my confidence up and believe that I was good enough to pursue a clinical academic career.  I am really grateful to the Academy for that.

As a result of this grant’s outputs, I remained competitive enough to achieve a five-year Fellowship from Diabetes UK (the first Harry Keen Intermediate Clinical Fellowship) which will allow me to work towards academic independence as a clinician scientist and research leader in type 2 diabetes.

My work on glucagon was published in the journal Diabetes, Obesity and Metabolism.  Through this project, I developed a new imaging technique in humans (thermal imaging) which led to new collaborations with our colleagues in computing (to help with the data analysis) and Nottingham University (who are interested in this technology for studying children, because it is so safe).

Have you participated in any of the Academy’s career development activities?

I have been allocated a mentor through the Academy’s mentoring scheme, and we attended a training session on this together.  We had a wonderful day and learned much about ourselves and each other.  We both work towards gender equality at our institutions, and I have personally championed our in-house mentoring scheme, inspired by the hugely positive effect that mentorship has had on my own career development.  I have also attended a training day for women researchers on how to work with the media, run by the Academy, which gave us real-life experience of a TV interview and was arguably the best training day ever!

What’s next for you and your research?

A five year Fellowship thanks to Diabetes UK, to establish career independence as a clinician scientist, with a specialist interest in the pharmacological management of obesity and Type 2 diabetes.

Do you have any further comments that you would like to make on the Starter Grants for Clinical Lecturers scheme?

In the grand scheme of grants, this one is not a huge sum of money, but its legacy and effects are disproportionate.  It feels like this scheme was the first to realise that the early clinical post doc stage is a huge attrition point and one that sorely needs the right kind of support to foster burgeoning scientific independence.  Apart from securing the post-doctoral research funds that do not routinely come with a clinical lectureship, the Academy’s scheme has also provided me with the following benefits, among others:

1.    Early positive grant panel feedback which gave me the self confidence to believe I was good enough to pursue a career in academia.

3.    Opportunities to present my work to peers and some of the best clinician scientists around.

Our ten-year vision and goals